SO DIOR, SO LOVELY

Harrods has always been a good place to shop for Dior.  Now, until 14th April, the legendary and elegant House of Dior has become the focus of this equally famous London department store.  Dior's exhibition, "So Dior" is presented on the fourth floor.

Readers of my blog will have probably realized by now that Dior is one of my favourite designers and so I hurried along to Harrods on opening day.  The windows are devoted to Dior and display the beautiful Spring/Summer collection, Dior perfumes and also items made especially for Harrods to celebrate this event.  These include tartan Lady Dior Bags and Dior for Harrods teddy bears with tartan ears and paws.  As I walked through the store on the ground floor, I passed the special Dior Pop-up-Shop.


On entering the exhibition, a giant dolls house version of 30 Montaigne Avenue, the Dior headquarters in Paris, greeted me on the facing wall. 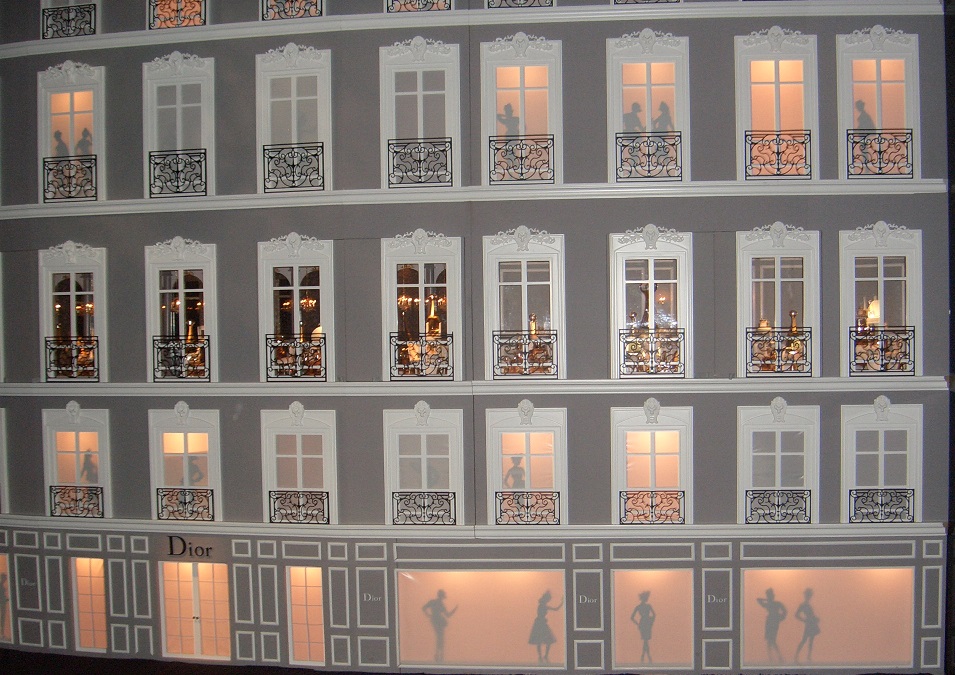 When Christian Dior presented his first collection on 12th February 1947, it became known as the "New Look".  In the same year, he also launched his first perfume, "Miss Dior".  The exhibition takes the visitor from the past through to the present at the House of Dior.

A history of designs is shown in a miniature fashion theatre.  There is an interesting display of toiles from recent collections.  Then there are beautiful dresses worn by stars of the past and today, including a short evening dress in white tulle with silver sequins worn by Audrey Hepburn in 1959.

In a photograph taken by Cecil Beaton in 1951, on her 21st birthday, Princess Margaret wears a Dior ballgown.  Now, Raf Simons, the new Creative Director of Dior, has designed his "mini ballgown", to wear as a top over cigarette trousers - a modern interpretation for today's lifestyle.  This is just one example of how Raf Simons is combining modernity with the style and tradition of the House of Dior.


Perfumes have always been very important at Dior and films about both "Miss Dior", featuring Natalie Portman and "J'Adore", with Charlize Theron are being shown at the exhibition.

A white organza evening dress with a strapless bodice, embroidered with tiny chiffon flowers, from the Autumn/Winter 2012 collection is displayed in the centre of a room.  This is the dress worn by Natalie Portman as she lies on a bed of roses in the "Miss Dior" perfume film. 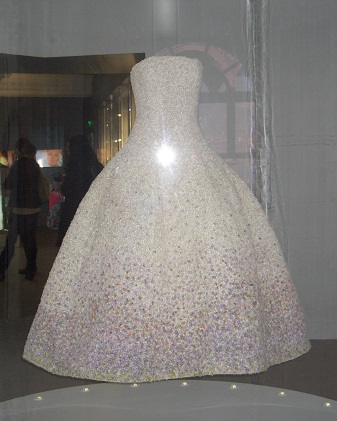 Finally, a giant white Lady Dior bag acts as a screen for a film demonstrating how this iconic bag is made and  the craftmanship involved. 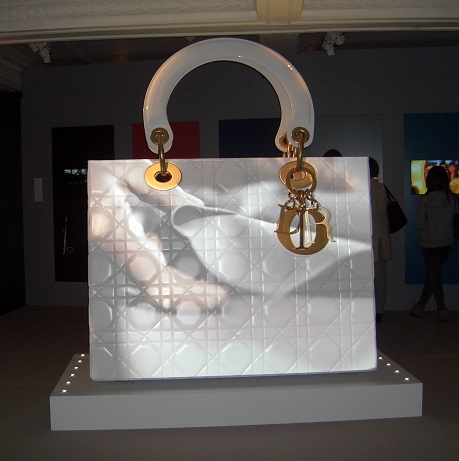 On the wall, there is a display of the individual parts that make up the bag. 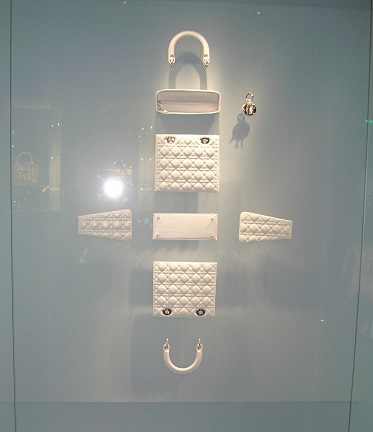 Lady Diana, Princess of Wales was a devotee of the bag and so Dior christened it the "Lady Bag" in her honour.  I long to possess this bag in black leather.  It is at the top of my wishlist.  In fact it is really the only thing on my wishlist.

For anybody who is interested in fashion, this is a wonderful exhibition but for Dior lovers, it's a must.
Posted by Sandy at 21:56
Email ThisBlogThis!Share to TwitterShare to FacebookShare to Pinterest
Labels: Fashion Events