When the going gets tough, the tough go shopping - or so they say.  It seems to me that if "tough" is anything to do with money, then the worst thing to do is to go out on a spending spree and work up a big debt on the credit card! Having said that, a little bout of retail therapy at PRIMARK won't break the bank.  I'm finding it to be a good place for attractive and fashionable little accessories at very low prices.

Undoubtedly, the season's "must-have" is leopard print (or any other animal print).  Personally, I  like to do this trend in small touches, i.e. accessories.  I found this lovely pack of 2 belts in leopard print and black croc print: 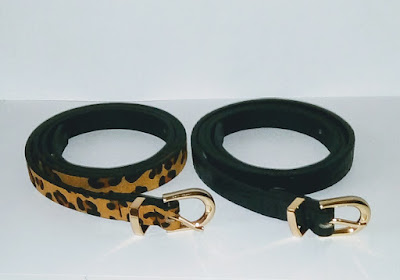 I would mention that these belts are designed to wear as waist or hip belts (it says so on the label) and come up rather long.  If you only intend to wear them round the waist, I would suggest buying a much smaller size than usual.

A new umbrella was on my shopping list and I fell for this one as soon as I saw it.  Again, it's in a leopard print, finished with a black satin, bow-trimmed strap: 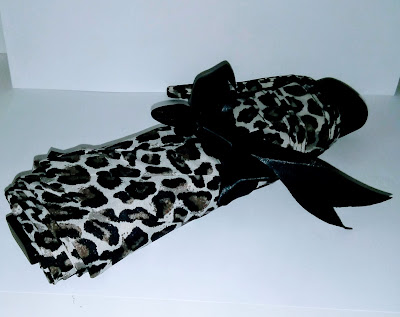 As I already have a black/leopard bag, a leopard print bow ponytail band, and two pairs of little animal-printed earrings (leopard and zebra) from past seasons, I think that's enough for me!

Other items on my shopping list were a new beanie and a pair of gloves ready for the Autumn chill.  I bought a black beanie with a faux fur pompom and some pretty black gloves trimmed with a black velvet bow: 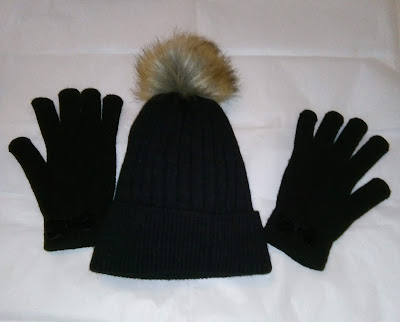 I went home delighted with my new accessories and the amazing thing was that the total cost of these lovely little pieces was only £11!

Posted by Sandy at 12:56
Email ThisBlogThis!Share to TwitterShare to FacebookShare to Pinterest
Labels: Fashion Autumn/Winter 2018

Back in early April, I wrote about the CHANEL Autumn/Winter 2018/19 collection, presented in Paris during the fashion week in March.  I described the beauty look at the show, which was light, healthy, peachy but also golden and luminous.  I thought that it would be a perfect look for the late summer into early Autumn season and in my post, I featured CHANEL's new product, ROUGE COCO LIP BLUSH in Tender Rose (414), as worn by the models in the show.  You can read all about it in my post, "CHANEL ROUGE COCO LIP BLUSH", dated 3/4/18 - see link below:-


Now it's September and time to think about eye makeup for this look.  In the show, two CHANEL products were used:

I decided to buy OMBRE PREMIÈRE in  Poudre D'Or (No 34) - as in the photograph below:- 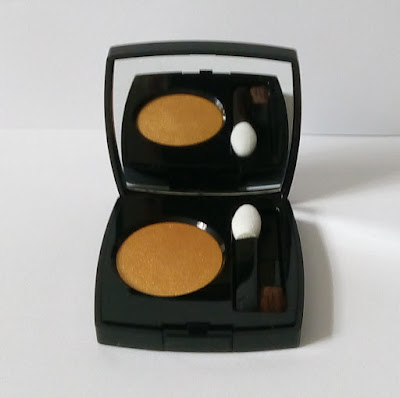 It comes in a little, shiny black mirrored compact with a foam applicator to apply it with and a soft little brush for blending. It has a soft, powder texture and applies easily and blends well.  I personally will use a little lightly below the eyebrow, on the eyelids and even as a highlighter on the top of the cheeks, to add just a touch of golden glitter and shimmer.


NEWS FROM CHANEL: LE MAT DE CHANEL, Fall-Winter 2018 Makeup Collection is on the Beauty counters.  Colourful and intense shades in a matte texture, this new collection will be very attractive for late Autumn/Winter and the party season.

MORE NEWS: A new CHANEL Makeup Collection for MEN is to be launched this Autumn!
Posted by Sandy at 16:14
Email ThisBlogThis!Share to TwitterShare to FacebookShare to Pinterest
Labels: Beauty Autumn 2018
Newer Posts Older Posts Home
Subscribe to: Posts (Atom)